We got to Sydney last Friday, Susan and I, and spent the weekend in an amazing parallel world where comics were, for two days, a combination of rock and roll and high art. Remarkable.

For one thing, GRAPHIC seemed to be everywhere: on billboards, in newspapers and the street press. It had a public presence that I've not seen for a comics event previously. 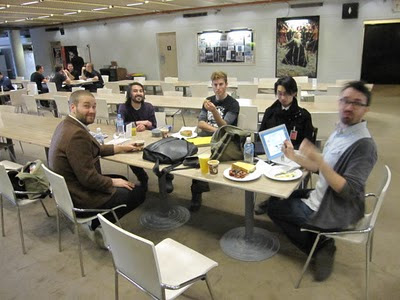 A group of larrikins, currency lads in the Green Room of the Opera House on Saturday morning, about to run a three hour comics making workshop in the Utzon Room. From left: Leigh Rigozzi, Andrew Weldon, Pat Grant, Mat Huynh and fuzzy Gabriel Clark. 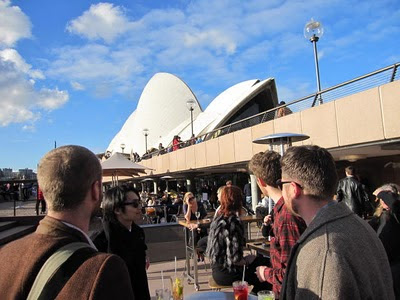 Post-workshop, we are joined by Matt Taylor, a Sydney comics maker foreground right. Thanks for the cranberry and soda Matt! We are all wondering how you paint comics panels up on those sails... 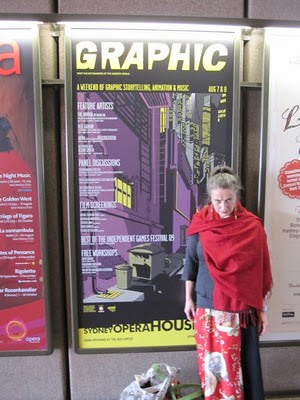 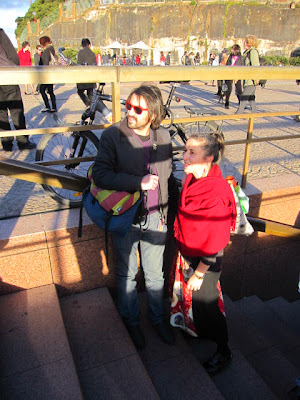 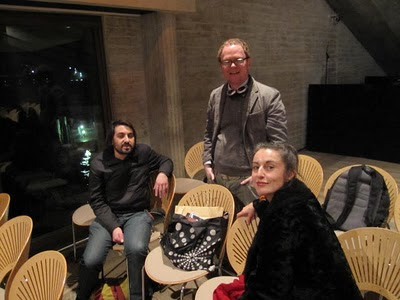 They are given some pointers in this by Jonathan Walker, the redoubtable writer of Five Wounds (Allen and Unwin, 2010) . Next time, they will remember the headphones around the neck dress code. We are all at the 'Publishing your Work' panel, featuring Gary Groth, Erica Wagner, Eddie Campbell and Jeremy Wortsman. 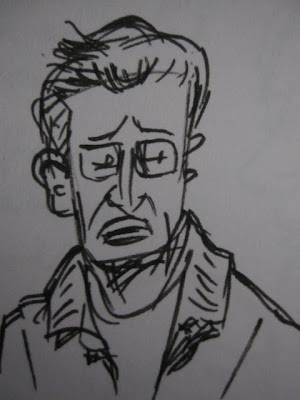 Eddie looking askance in a sort of 'what am I DOING here?' moment. 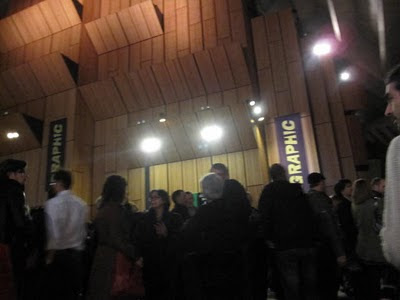 See what I mean? Signage. 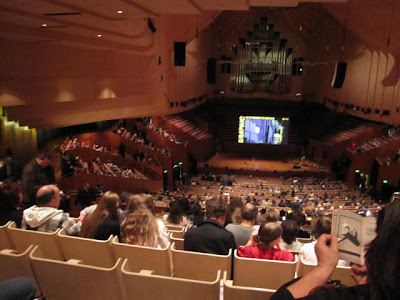 Inside the Opera House, this room soon fills for Neil Gaiman reading 'The Truth is a Cove in the Black Mountains', with painted illustrations by Eddie Campbell and a live soundtrack by Fourplay string quartet. 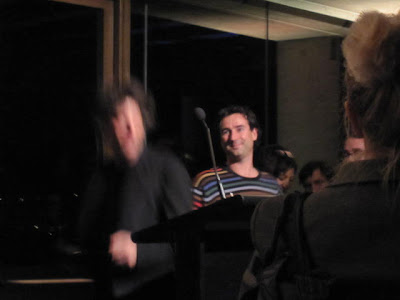 At the afterparty (woo! yeah!), a fuzzy Neil Gaiman and a (more) in focus Jordan Verzar, the ringleader of the entire weekend. Jordan is also the fellow who brought out Jim Woodring a couple of years ago. More, Jordan! More! 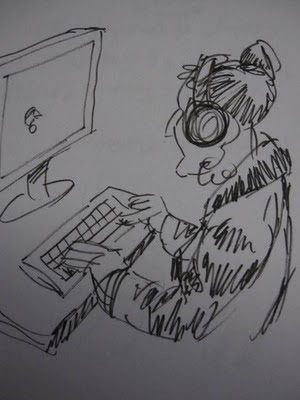 Sunday we swing back over to the Opera House and Susan plays a computer game in the independant games exhibition - thanks ACMI!

Then it's into the Studio for an undoubted weekend highlight: 'Focus on Fantagraphics' - a My Life In Comics slideshow by Gary Groth. Many, many good stories including the time he organises Hunter S Thompson to attend an event: "This being the mid-70s and me having hair down to my middle, I had a can of mace in my pocket to deal with rednecks." Thompson of course nicks the can from Groth's pocket in order to spray some hapless hotel attendant. Hilarity ensues. 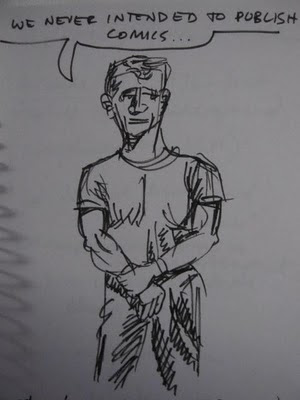 This is what I think of as my Gary-Groth-as-Robert-Mitchum drawing. And yes, he said that.

This is him interviewing Charles 'Peanuts' Schultz, and uncomforatble using the nickname: 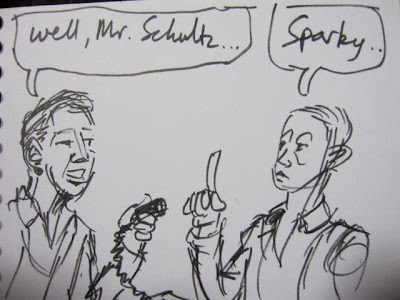 Then there was the 'Evolution of an Idea' panel, which I chaired, also in the Studio. The speakers were Shaun Tan, Neil Gaiman and Eddie Campbell. We covered three environments where writers' and draw-ers' ideas evolve: collaborations, adaptations and reader reception. It all seemed to go pretty well.

After that, Susan and I hurried to see the second half of Regurgitator performing a live soundtrack to 'Akira', which was ear-bleedingly loud and fantastic. I really didn't understand the film the first time I saw it, at the Valhalla in Westgarth, 20 years ago, and on Sunday I understood it no better, but boy it made whole lot more sense. 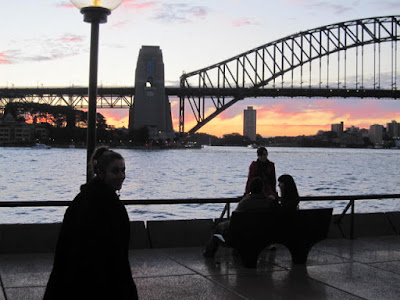 And then - SOB!- it was time to go. Here Susan approaches Wendy, John (TheComicSpot Retallick) and Sonya. We had dinner together, then Susan and I left the city of rock and roll comics to return to the town of comic books as literature.

Thank you, Jordan. An incredible weekend.
Posted by Bernard Caleo at 4:24 AM

Agh!... I missed another good one. Thanks for sharing, Bernard.