I forgot to say in the previous post that there is another element to Museum Victoria's 'The Art of Scientific Observation' regional tour, and that is at night, in pubs (sounds okay eh?), where we continue to celebrate The International Year of Biodiversity and National Science Week by hooking up with people in that part of Victoria who are doing work in the area of biodiversity. On Monday night last, in Ballarat, we met Emma and Janelle who work at Sovereign Hill's working farm, Narmbool.

Below, around the table, from left: Tim Sullivan Deputy CEO and Museums Director at Sovereign Hill; Emma and Janelle from Narmbool; Shane, a local teacher; and Amy Briese, my Week One travelling companion and fellow Museum Victoria person (she also works for Zoos Victoria at the Werribee Open Range Zoo). Emma and Janelle talked about the programs they offer at Narmbool, Shane talked about his experience incorporating animals into his classroom teaching, and Amy talked about her work at the zoo. My main contact with animals is with ones who are dead or extinct (one of the things I love about working at a museum) and all this talk about live animals and what they can teach live humans was amazing to me. 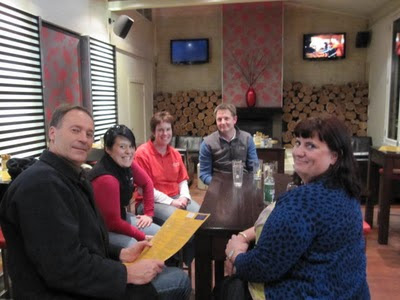 Okay so let's zip forward to Thursday where we drove from Mildura to the Swan Hill Regional Art Gallery where we we very soon met Barry, with his amazing Folio Society edition ofa book of plates by an early star of scientific illustration, Maria Sibylla Merian (April 2, 1647 – January 13, 1717) 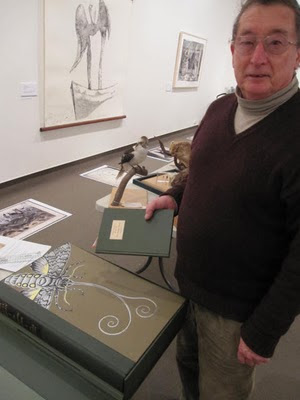 which weighed about as much as I do. And I'm no featherweight. Beautiful, eh? 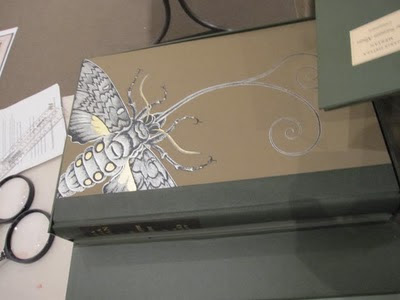 Here's our set-up in the gallery at Swan Hill, which is right next to the Murray River and the Pioneer Settlement. 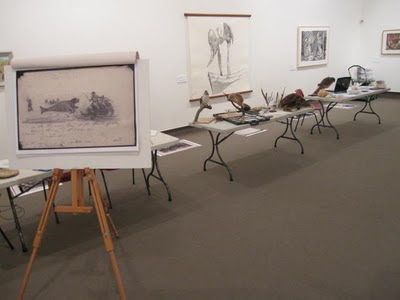 As we drove away towards Bendigo, we passed Lake Boga, full after many years of dryness. It was significant for us because Blandowski stopped there in early 1857, on his way up to his famed camp Mondellimin, west of Mildura on the Murray. I use a drawing of a Crested Wedge Bill in the show, the original of which was drawn by Blandowski at Lake Boga, so it was great to see the lake looking so healthy. 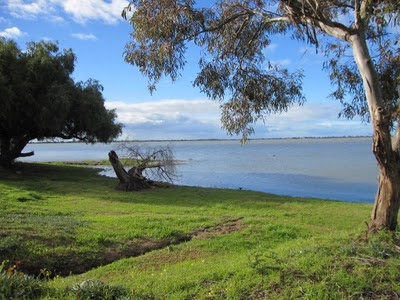 And so full of bird life. Hello, maggie... 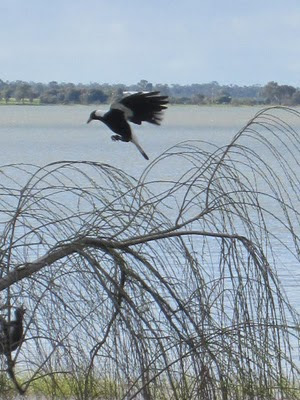 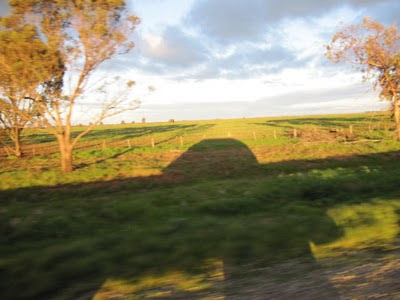 Ah, the Shamrock Hotel in Bendigo, and the view out of the window of the Billy Heffernan Suite by night... 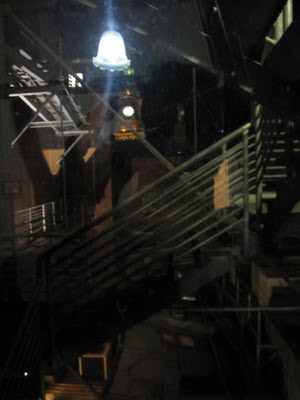 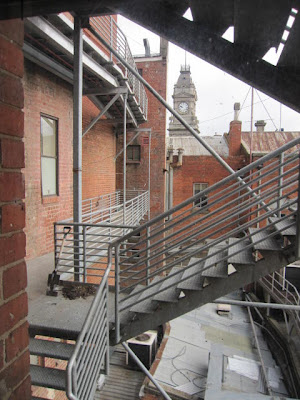 And a view of the hotel itself, foregrounded by the building which is being made into a new socal history centre for Bendigo. (This drawing from the top of the Poppet Head tower in Rosalind (aka Fruit Bat) Park) 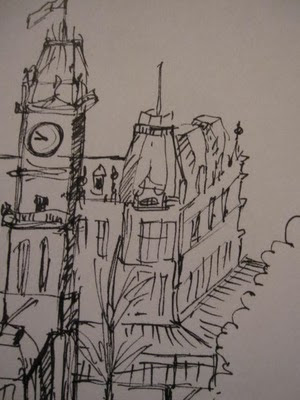 We set up in the Bendigo Art Gallery on Friday, and it is a grand building. In the foregound, drawing the magpie, is Margot, who works there and who was great. The painting behind the man's head is called 'Gentlemen..the Queen!' and features a lot of chaps in Edwardian red uniforms toasting their monarch. Work it into the show? You bet! (thanks to Georgie Meyer for pointing it out to me...) 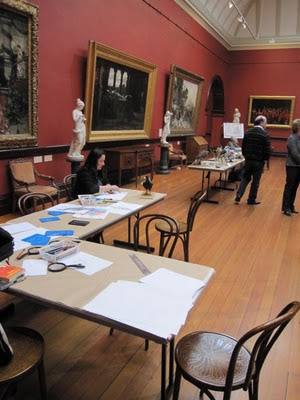 Below, Amy and one of our great Bendigo illustrators. 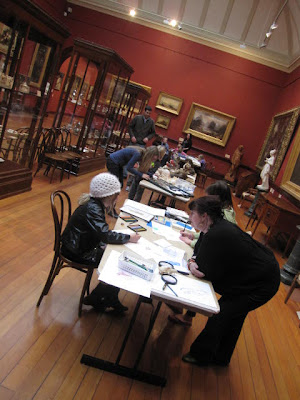 Bendigo was our last stop last week, and yesterday Monday 16 August was our first day of Week #2. Below, setting up at the Kyabram Fauna Park.

On the left, Rhonda from Campaspe Shire who'd done a great job organising school groups to come along - from St. Patrick's Tongala in the morning (60 students), and Nanneella Estate Primary in the arvo (30 students). It was great to present the drawing program and the show to school groups - they were very enthusisatic! 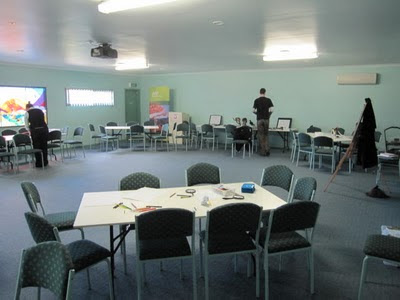 On the right, that's David Holmes, my travelling companion for this week and a very very nice fellow.

Below: David going into a too-much-Blue-Castello-cheese-for-afternoon-tea catatonia, from which a cup of tea managed to rescue him. Outside Rooms 7 and 8 at the Echuca Hotel. 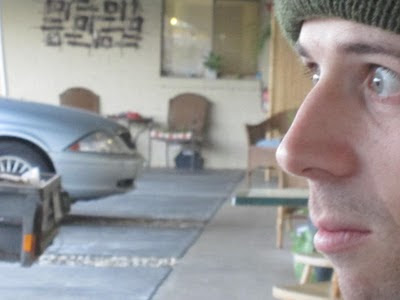 Last night, in a cellar at the Shamrock Hotel in Echuca, Nickee Freeman from the Department of Primary Industries gives a talk about Biodiversity and Land Management. David is later heard to mutter that it felt like we were part of a Resistance meeting... 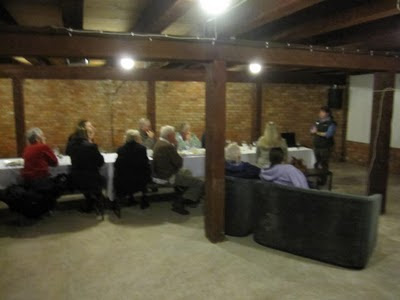 Posted by Bernard Caleo at 6:13 AM

Great post, Bernard! We put up a little story about the tour:

And did you know the museum has an original Maria Sibylla Merian in the rare books collection? It is utterly exquisite.