The Big Blandowski - the end of the tour - Traralgon, Sale, Bairnsdale 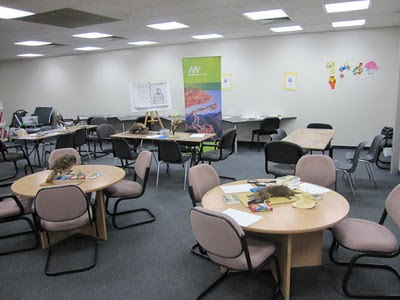 So here's the set-up at Traralgon Library, where, with the assistance of librarian Noeline, we presented to three groups from Kosiusko Street Primary School, in three different places. First I did the show in the space behind the borrowing desk, then Rebecca led the drawing exercise in the activity space in the above photo, then I did the show again in their storytelling space, which was a brilliant area for it. 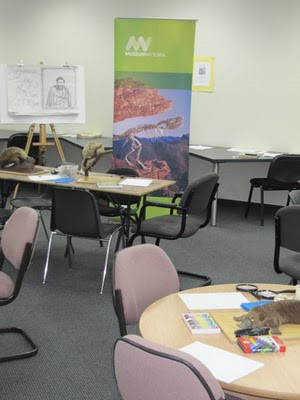 It was at the beginning of the second show that one kid, trying to guess who Blandowski was from the picture of the bearded man in front of him, yelled out: "It's God!" 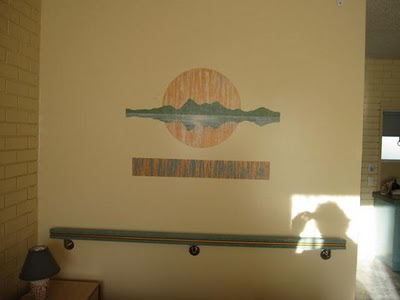 At the Princeton Motor Inn in Sale, where we stayed for two nights, there was a significant variation in the approach to room decoration. Here, the designs were painted (maybe stencilled?) direct onto the wall. I liked it. (Note self-referential and post-modern presence of photographer in this shot) 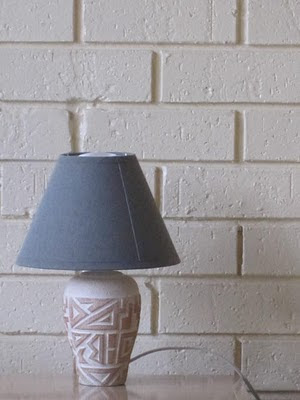 Although by this stage of the tour I am getting a bit sick of the sight of naked brick. At least these ones were painted. 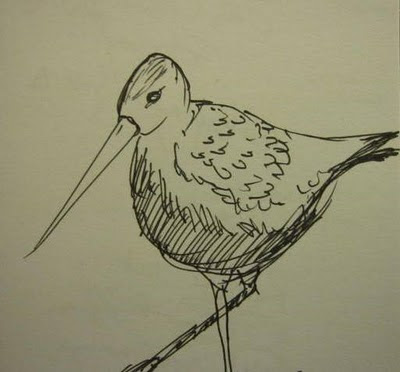 Our first gig in Sale was to meet up with Susan Taylor, who had driven from the Department of Sustainability and Environment in Yarram to meet us at O'Neill's, a restaurant in a house. Lovely. We swapped her our Blandowski story for her tale of the Corner Inlet waders, such as the Godwit pictured above, and other Shadridae, including the mellifluously named Eastern Curlew, Whimbrel, and the Red-necked Stint. Between three plates of 'roo and a bottle of Glenmaggie Shiraz, a good night was had, you bet. 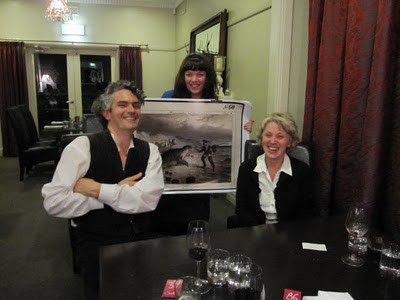 As you can plainly see.

Next day at the Gippland Art Gallery in Sale, Louise the Education person there helped us set up in our room and we had some great visitors turn up, watch the show, and draw pictures. 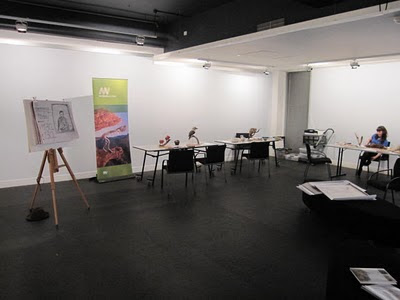 Above: Rebecca in a quite moment.

This morning we drove to Bairnsdale for breakfast, and blow me down if Will Patten, also from the museum, doesn't dash out of a shop calling 'Hey!' He's on a Gippsland tour as well this week, doing community consultations for the redevelopment of the Bunjilaka Gallery at Melbourne Museum. So good to see him, full of enthusiasm and good cheer. 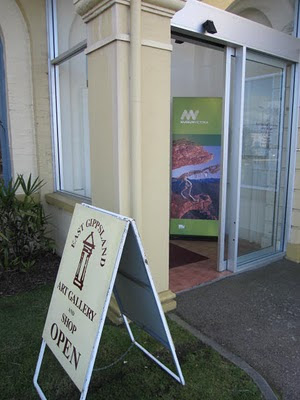 We pull into the East Gippland Art Gallery and Elaine the curator there helps us to set up, finding us some plinths for the animals for this, their 'last stand' of this tour. 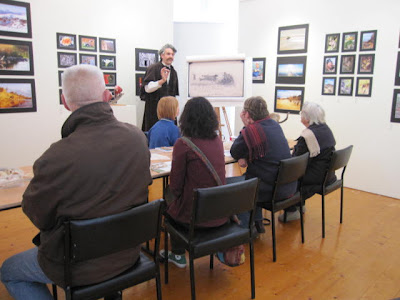 Me doing the penultimate show - no, my beard hasn't fallen off, this is one of the 'narrator' parts of the show. In fact it's the mo that's been doing some leaping from the upper lip this week. Le mo juste? Mais non! 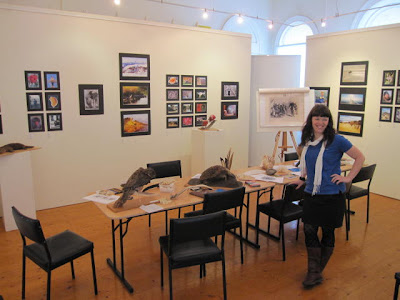 Bec and the animals at the end of the day - come on, let's get this stuff stowed away so we can get to our motel and drop gear and get to the Bairnsdale RSL for a darn fine curry laksa and a little Blandowski and great presentation by Johnno and Steve from the Bairnsdale DSE about the Southern Ark Project, which protects East Gippsland's biodiversity through fox control. 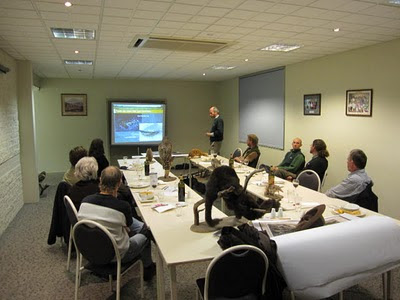 Above, Steve delivering and Johnno looking back at the camera. 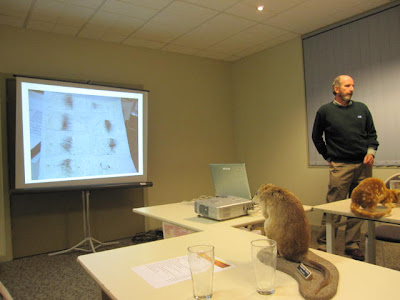 Steve explaining about hairtubes while the Long-footed Potoroo looks on, entranced.

I was more taken when, trying to illustrate how many carnivores, not just foxes, rely upon Ring Tail Possums as food, Steve referred to them as 'the potatoes of the marsupial world'. 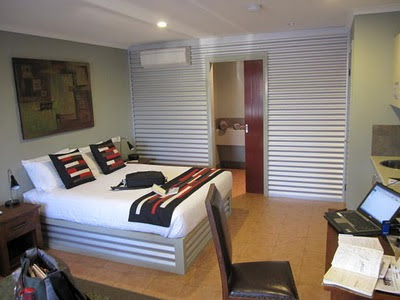 Well, that's it - three weeks on the road in country Victoria as Wilhelm von Blandowski. Now here I am, last night of the tour, in a very nice room at the Bairnsdale Motel. And tomorrow I see my family.

And look: no bricks.
Posted by Bernard Caleo at 4:19 AM

No bricks indeed, but what looks like a roller garage door! Noice.