Seeing the Candle for the Trees


Last Friday night, the 19th of December, I was up in Canberra at the remarkable National Arboretum to perform 'Faraday's Candle', a 50-minute one-man show based on natural philosopher (scientist) Michael Faraday's 1848 Christmastime lectures, 'The Chemical History of a Candle'. 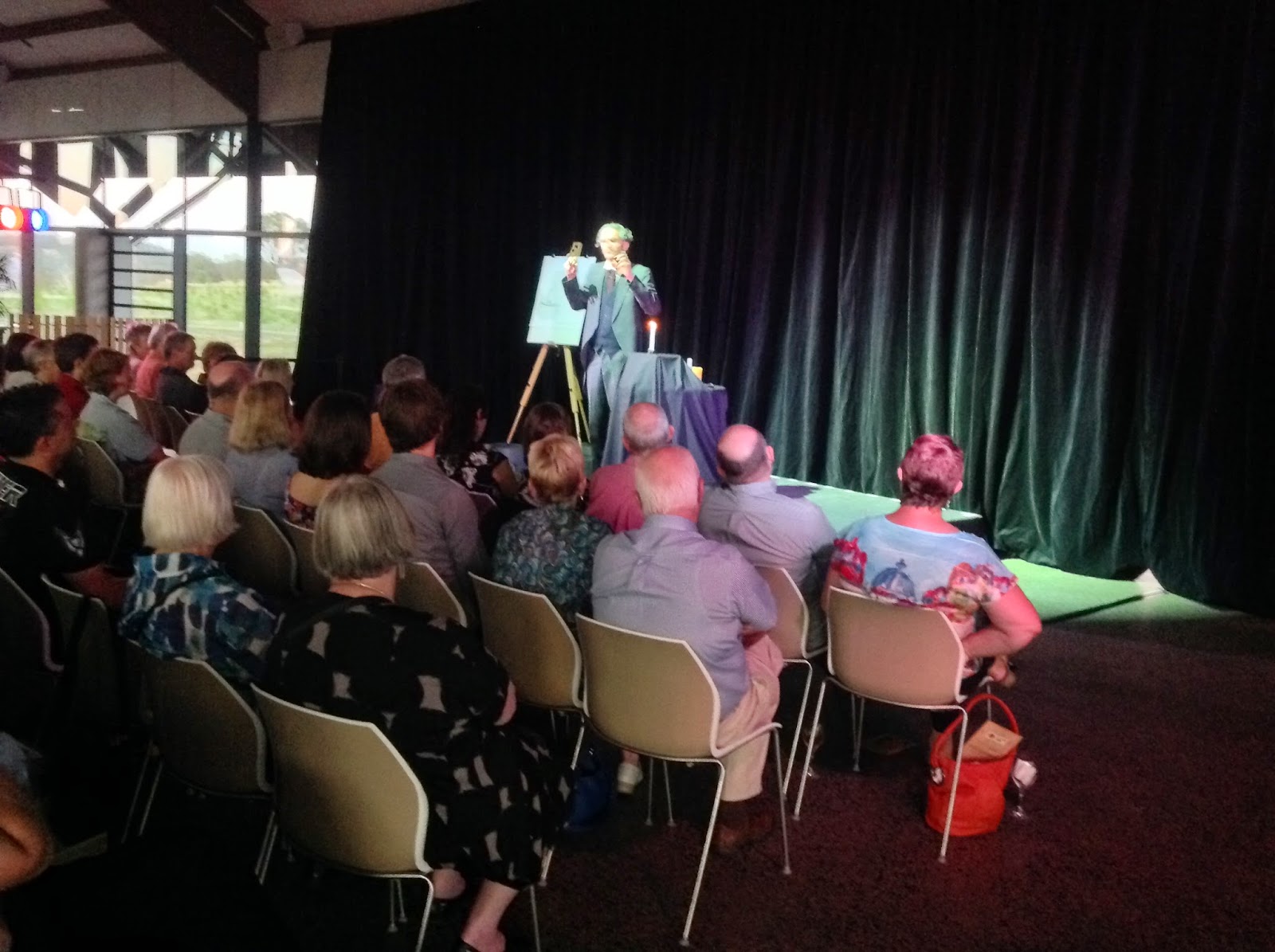 This show was developed for Inspiring Australia, the national strategy for science engagement, and has been presented by CSIRO over the last three years in various venues: churches, cathedrals, conference centres, the theatre at Sovereign Hill, the Canberra science centre Questacon, and now the Arboretum. We've done short seasons and one-offs and last Friday was a one-off. Below: me as Faraday drawing a diagram of a burning candle. 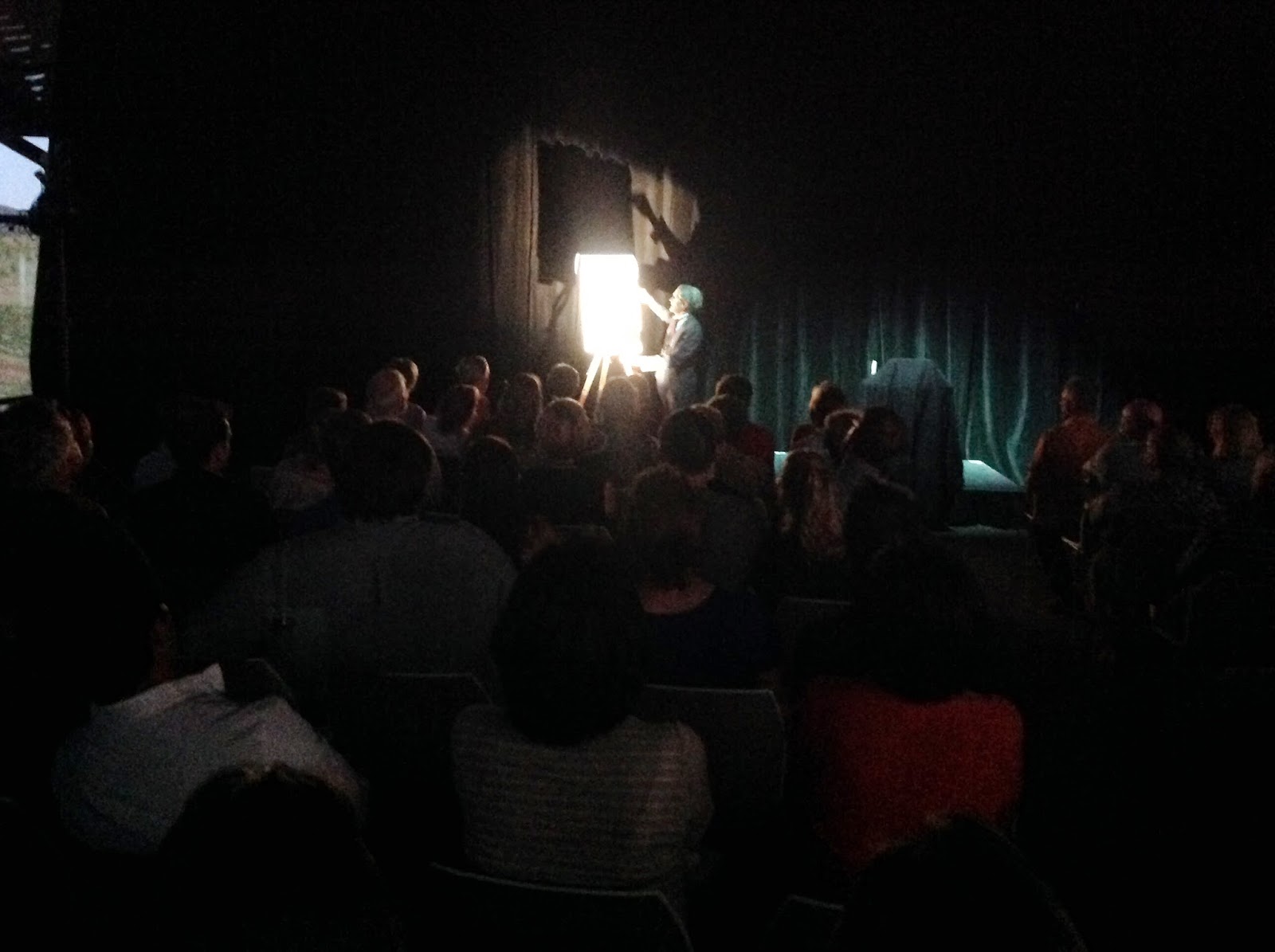 The team behind the show is: myself as writer/collaborator and actor; Carly Siebentritt (Inspiring Australia) as collaborator and producer, and Chris Krishna-Pillay (CSIRO) as collaborator and director. We had a lovely audience of 100 or so on Friday, including a man who had, years ago, borrowed a copy of Faraday's lectures from the ANU library and read them to his young daughter - and turned up to see our show with the very daughter!  And... they liked it - phew! 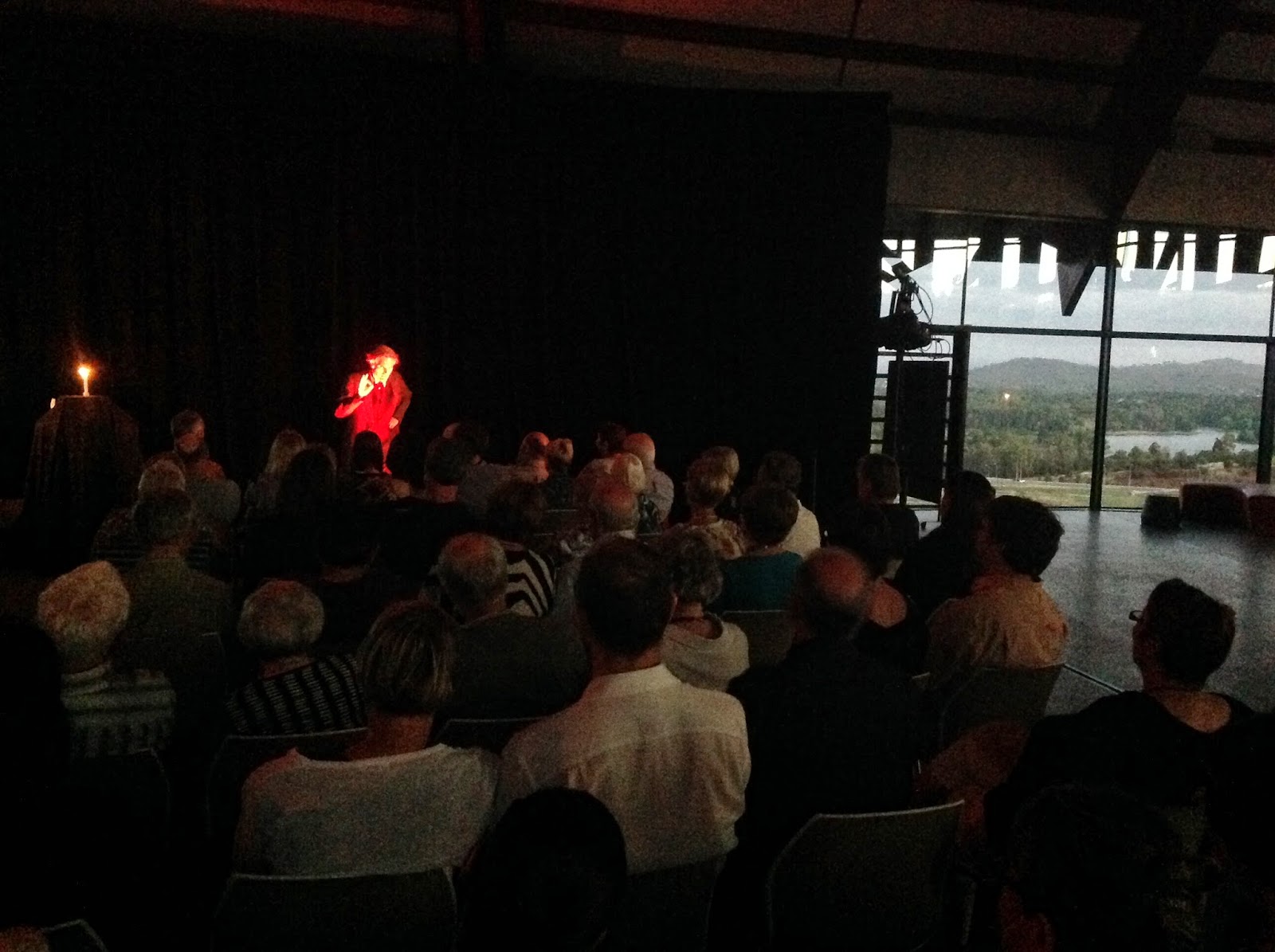 Above is some natty lighting by Chris: this is the point in the show where I become Sir Humphrey Davy, Faraday's mentor, the man who "...first described the light of the candle in terms of incandescent particles of solid carbon," as Faraday says in the script. To the left, the eponymous candle. To the right, Lake Burley Griffin. 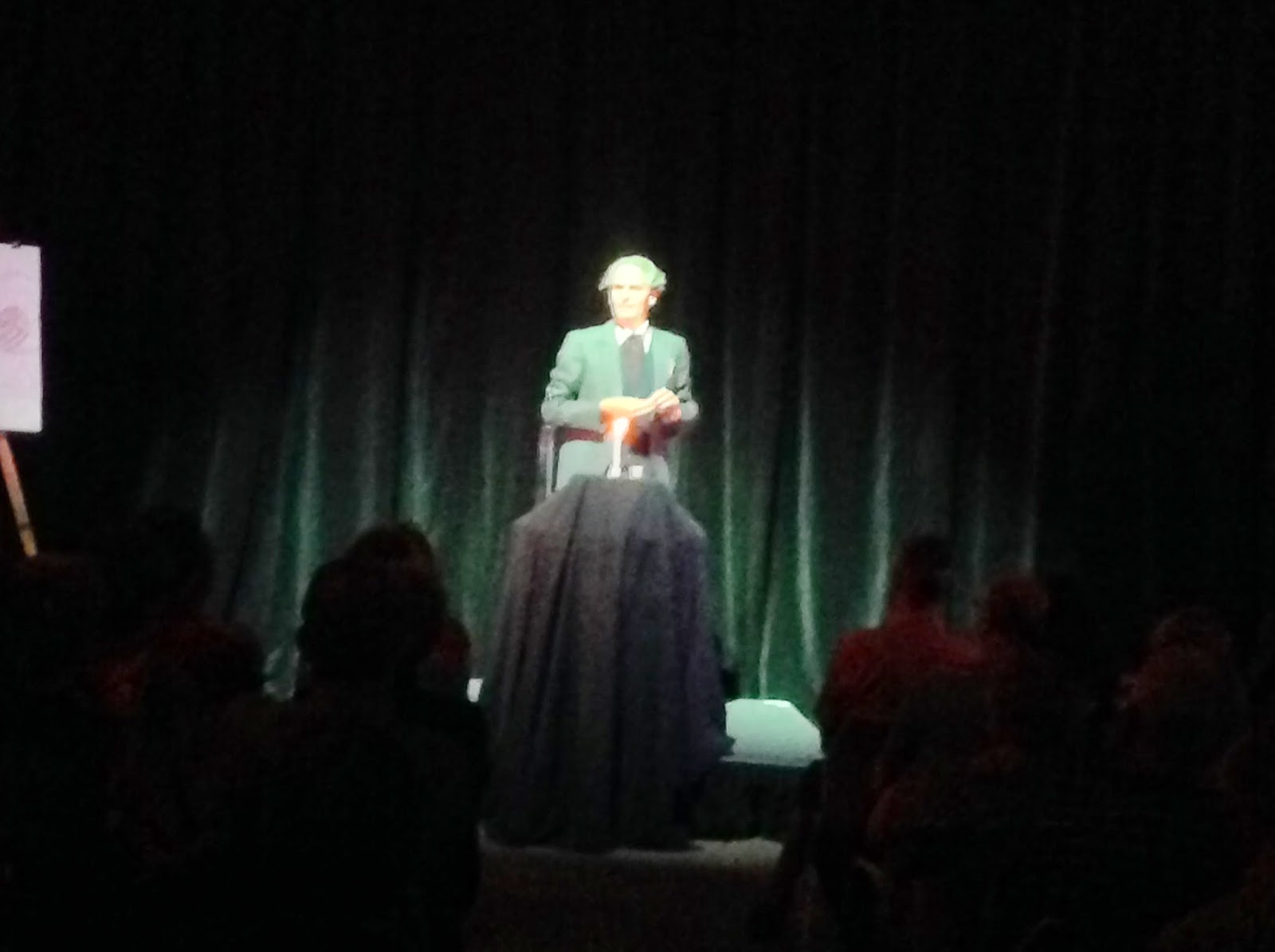 "All that remains at the end of this lecture is to express a wish that YOU may be fit to compare to a candle..."

Faraday's great because his influence on today's world is profound: his discovery of the generation of electricity by magnetic induction changed our relationship to nature irrevocably. But his dedication to education meant that he delivered these candle lectures again and again because they are a profoundly accessible introduction to fundamental ideas about fire, physics, and chemical reactions. And here we are, continuing his tradition.

The trailer for the show (made by Chris) is on the Faradays Candle page. Carly took these pictures on Friday night. A tip of the fedora to them both: great people to work with.