Inkers and Thinkers at the University of Adelaide

Yesterday Friday the 4th of April 2014 I was at the J.M Coetzee Centre for Creative Practice at the University of Adelaide for this: 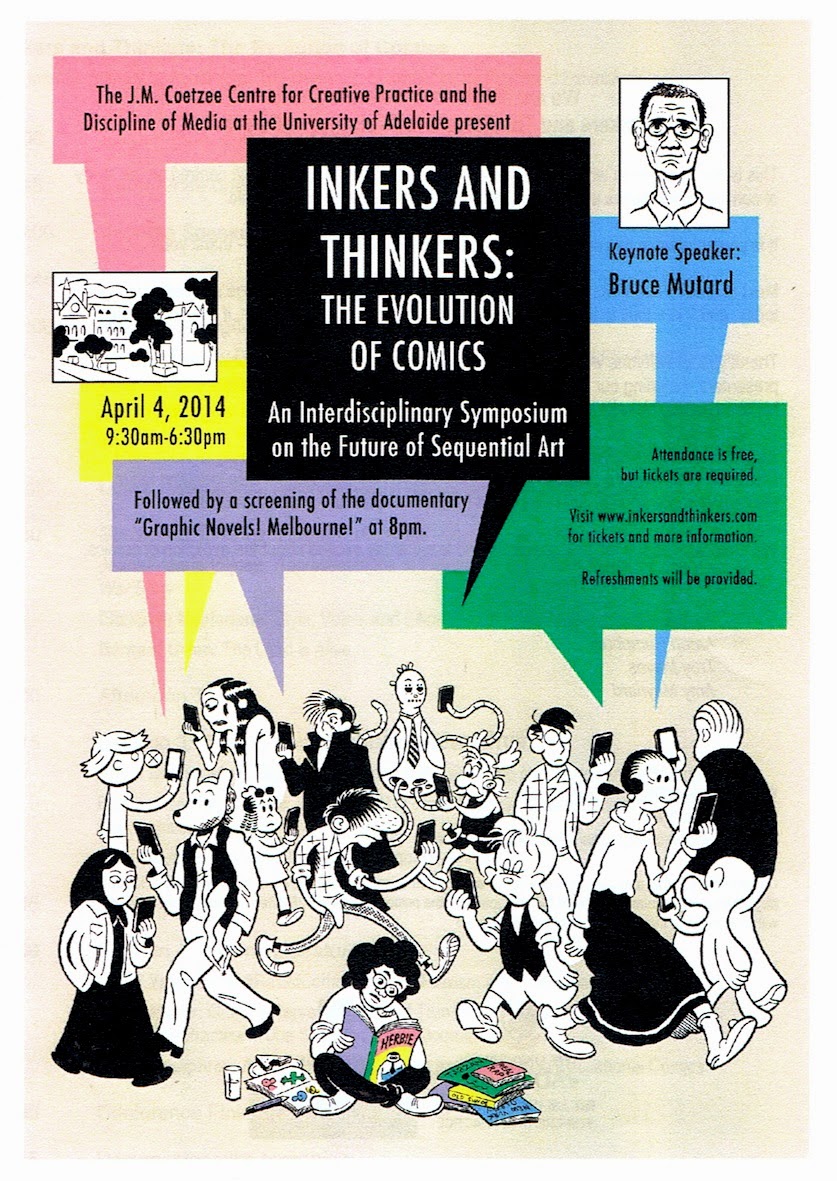 Which was organised by Aaron Humphrey, Troy Mayes and Amy Maynard, all PhD students in the Discipline of Media. The great image above is by Sydney cartoonist Ben Juers.

You can look at the program here: http://www.inkersandthinkers.com

The keynote speaker was Bruce Mutard, who gave us the skinny on Australian comics past present and future, with as he said 'some good news and some bad news'. The below post-talk answer to a question from the audience fell I think into the latter category:

It was great to meet a bunch of new comics academics, including 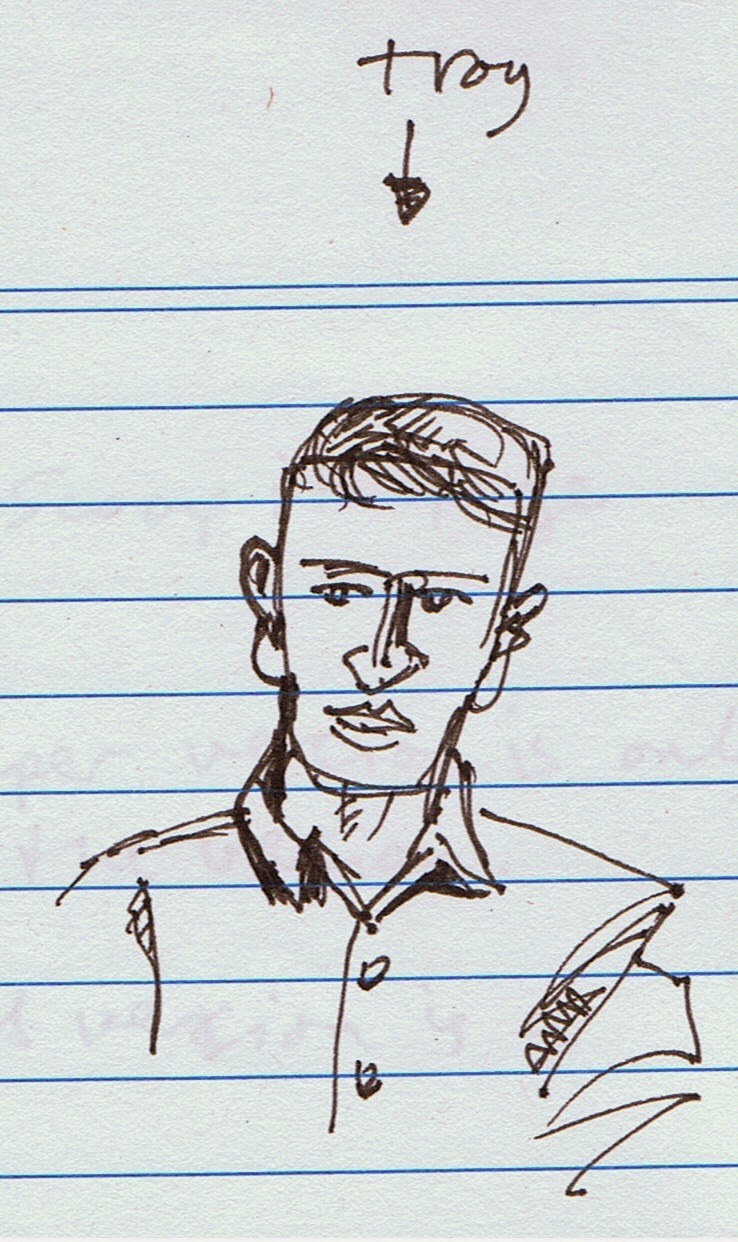 and Annick Pellegrin (French digital comics), Aaron Humphrey (educational comics), Brigid Maher (Joe Sacco and the presence of the translator), Jeanne-Marie Viljoen, a philosopher, who looked at 'Waltz with Bashir' 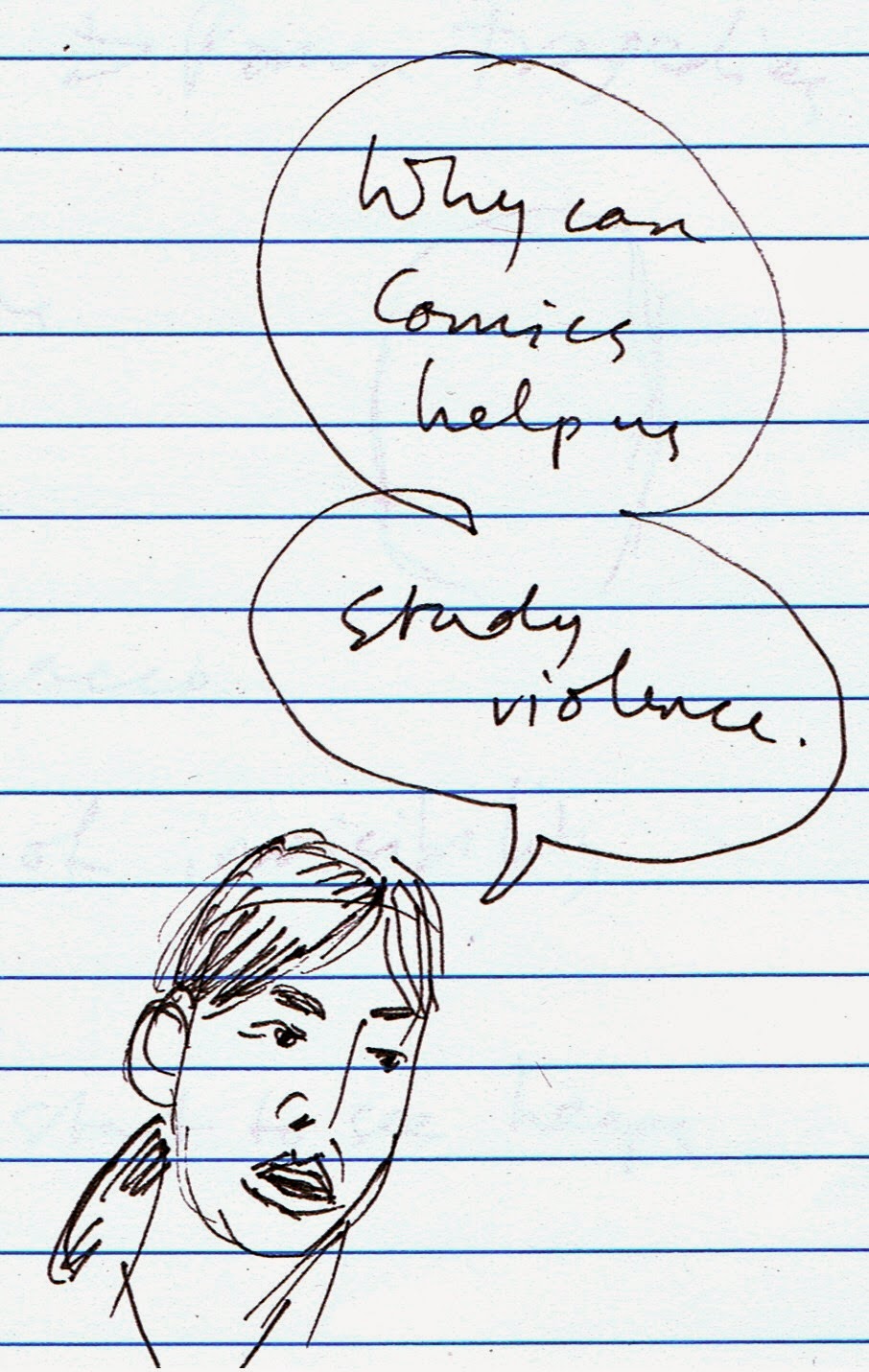 and Can (pronounced 'John') T Yalcinkaya, a Turkish man living in Sydney who's organising an anthology book remembering the protesters in Istanbul in June/July 2013, and the violence used against them: 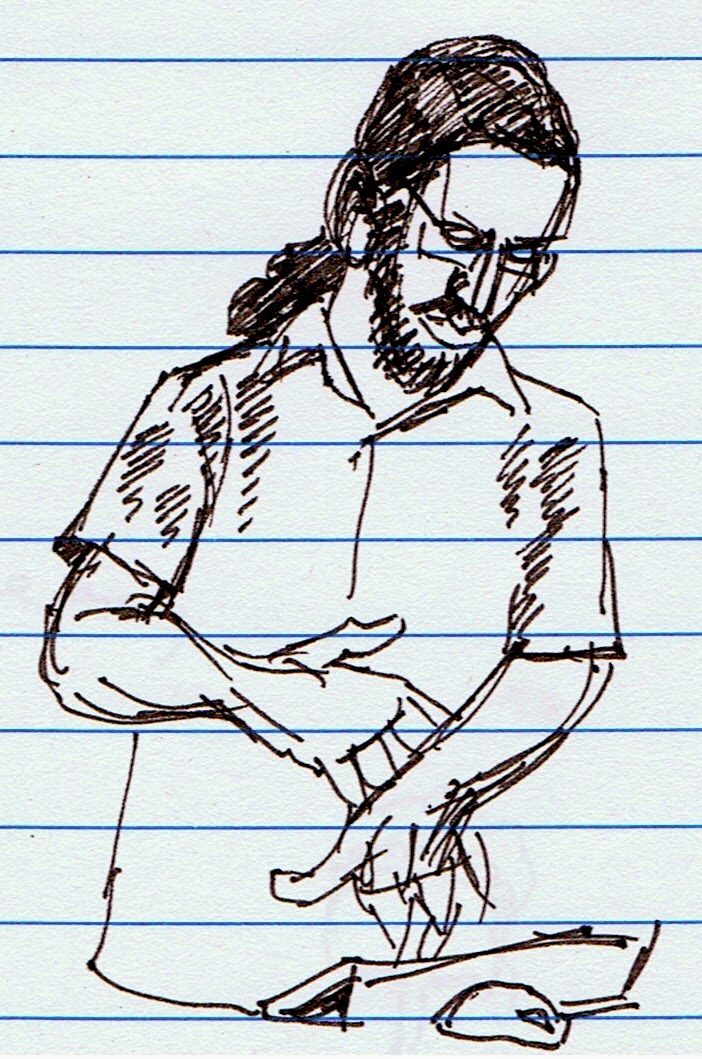 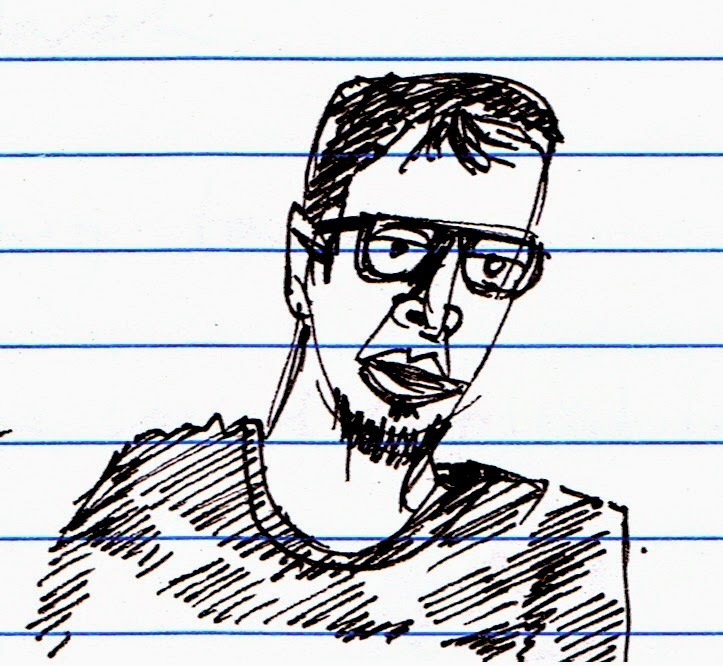 and Elizabeth MacFarlane, who spoke wonderfully about the process of making comics 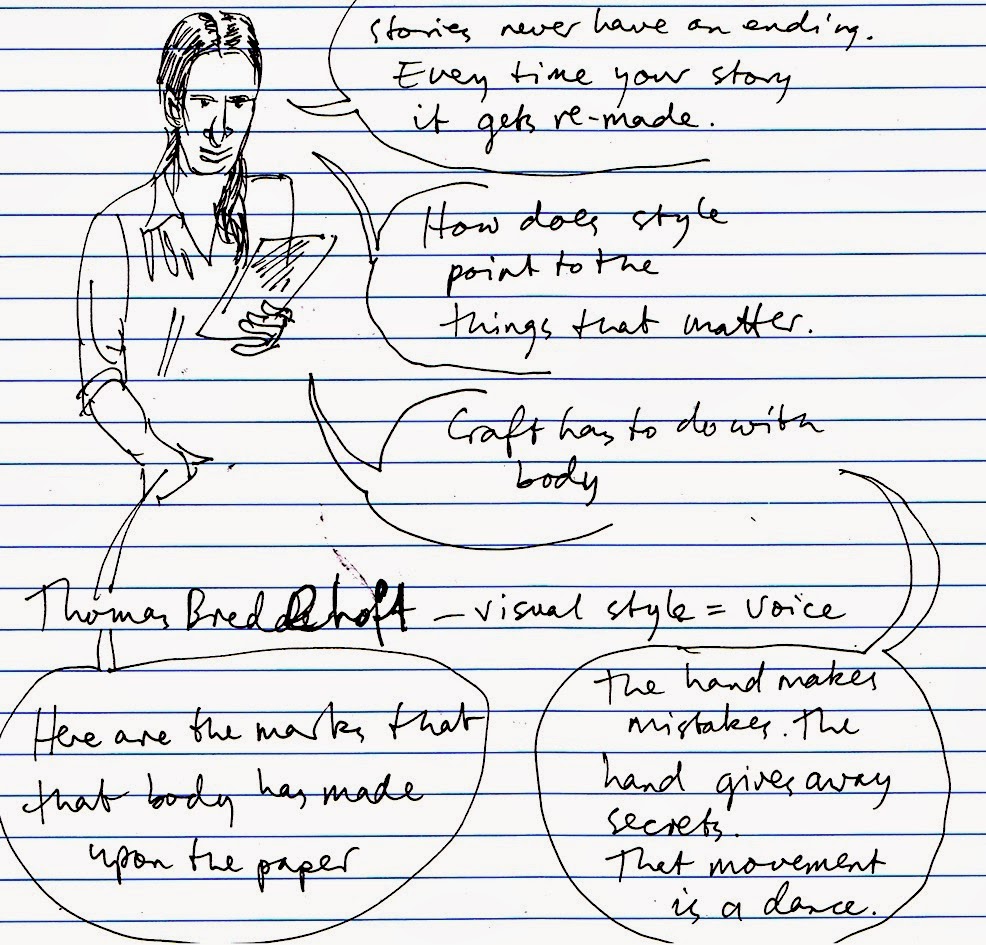 My paper was called 'The Land is Alive: the animist effect in 'Blue' by Pat Grant and 'The Long Weekend in Alice Springs' by Josh Santospirito'. It was quite a difficult thing to write, and in the end more like the beginning of an investigation than the provider of any revelations, but it was great to have the opportunity to work on it and it present it to peers.

And in the evening, an Adelaide premiere screening of 'Graphic Novels! Melbourne!' so that finally friends Greg Gates, Brendan Boyd and Greg Holfeld, and other interested Adelaideans, could see it on the big screen!

Great stuff: may there be many more Inkers and Thinkers symposia!

Posted by Bernard Caleo at 7:21 AM