May 'What It Is?' - comics from Bordeaux to Broome


Well what a month May was! I did one show for the Clean Energy Council about renewable energy, did another show about the humble candle as the great scientist Michael Faraday at St Paul's Cathedral, spoke about Australian graphic novels to the Graphic Narratives class at Melbourne University and then about comic book editing to the Society of Editors (Victoria). I also managed to turn 43 somewhere in there.

And at the end of the month was 'What It Is? no. 2, The Town that Comics Built'.  Above is the youtube episode, shot and edited by Dan Hayward - great work Dan!  And below is a DC10 flying the very tall Mike Shuttleworth into France. 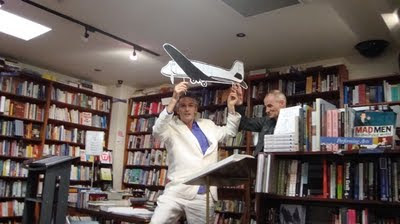 There was a kamishibai titled 'Sous les paves, la planche' - 'Under the paving stones, the comics'. 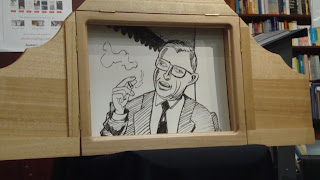 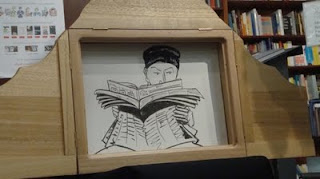 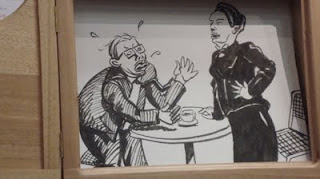 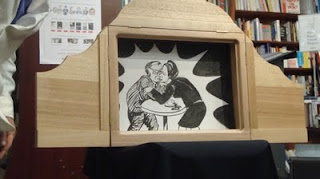 We travelled with Mike to Angouleme, the great comics festival held every January in the freezing cold south-west of France.

Then we came back to the hot north-west of Australia, and I spoke with Brenton McKenna, the author of 'Ubbys Underdogs: The Legend of the Phoenix Dragon' 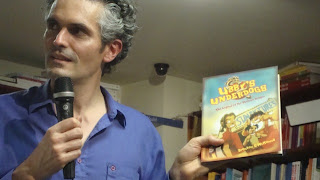 a way-cool graphic novels for kids, first of a trilogy, from Magabala Books. It was great to meet Brenton, who we also interviewed on The Comic Spot, where you can listen to that interview. Brenton even drew a picture of Ubby for us! 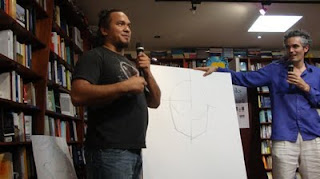 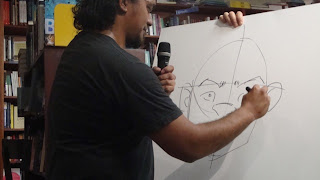 It was another great fun 'What It Is?' - the which question remains pertinent, as I am still not quite sure what indeed 'What It Is?' is, but I'm going to press on with another couple, at least.

Next 'What It Is?' will be a historical fairy tale for adults with the remarkable Alex McDermott, poet/historian, centaur laureate, and bike rider extraordinaire.  Monday June 27 at 8pm at Readings Carlton: details (and a drawing) on the Readings website. We will also launch Alex's latest book, 'Australian History for Dummies'.  Come along!

And massive thanks to storyteller Jackie Kerin for all the photos in this post, for the lend (again!) of her beautiful kamishibai box, and for writing about the May 'What It Is?' so beautifully here.
Posted by Bernard Caleo at 8:43 AM

happy birthday! your stature always made me think you were older than me but alas i was 45 in may. wat a month, good going there. 50 is the new kinderkid (or the new black, or the new 40 etc.)
happy happy