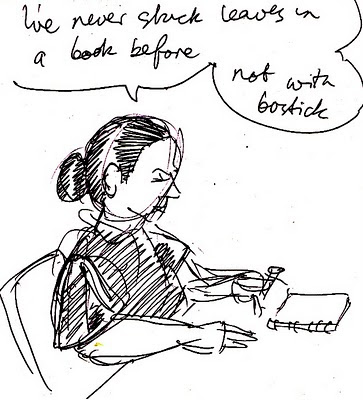 Behind? What do you mean, I'm behind? Oh, so it's three and a half months after the event and you're wanting to know why it's taken me so long? Well., you see, it's like this --

Oh, nothing there? Well, as I was saying, the fourth day of the Dylan Horrocks masterclass at the Wheeler Centre in late April began with Jo Waite removing small leaves from my hair and glue sticking (or 'baton de colle'-ing) them into my sketchbook, where I was continuing to work on the story... 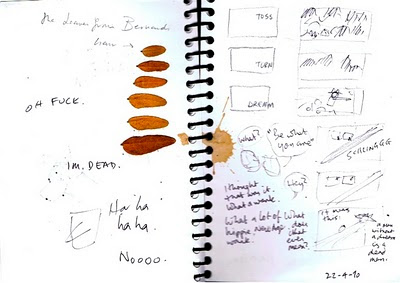 Wednesday's questions had been deep dark ones, and Thursday's were higher, and lighter, but no less vital:

What do I love about making comics?

What do I love about my own comics?

Me I love inking, and I love finishing a page. I love it when my drawings start to dance, that is when they start to live on the page, as ink on paper.

Who knows, maybe we would have answered these questions more flippantly without the 'rockbreaking' of the day before. 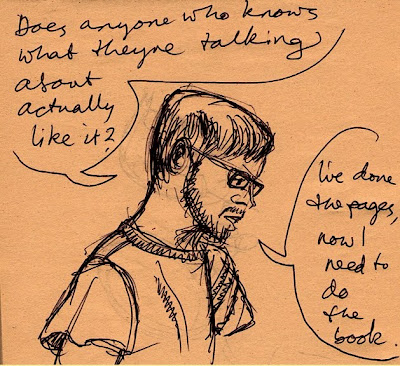 And his then-fellow Ballarattian, now-On-The-Road Mel Rowsell, had these things to say about making comics and looking at her own comics: 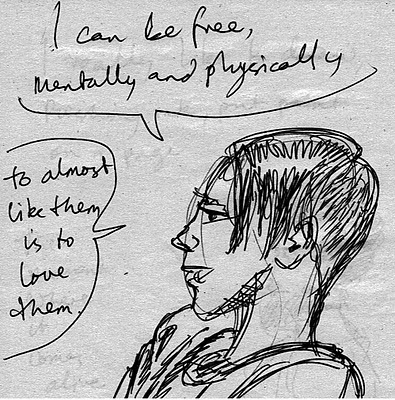 Later Dylan talked to us about a sequence that he put in at the end of his big comic book Hicksville, which he included as his (and thus the reader's?) farewell to the book and its world. 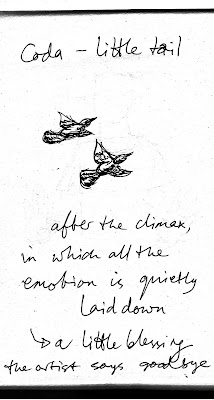 One of our show-and-tells this afternoon was Pat Grant, who staggered us with double page spreads from the graphic novel which is also his PhD. 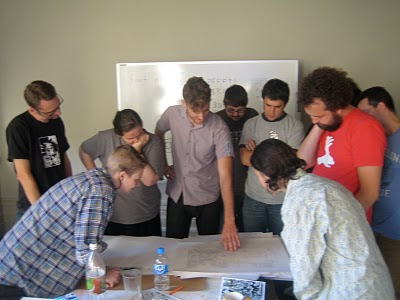 General Pat Ulysses S. Grant shows us how simple it would be for the 10 of us to storm Parliament House. 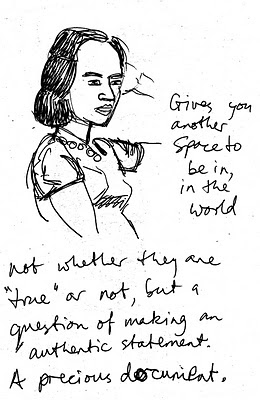 Mirranda Burton had been busy earlier in the day (amongst other things, she was being contacted by the FUMETTO international comics art festival in Switzerland to be told she had won a prize for her comic 'P.S') but she arrived later to give these great statements about what she loves about comics. 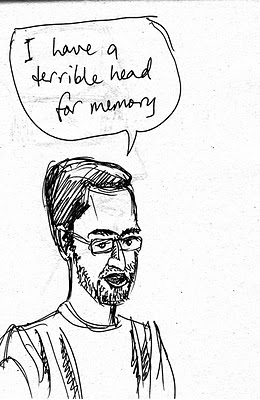 Tim McEwan was getting pretty unshaven by this stage of the week (Interestingly >>> namedrop namedrop>>>) Tim and I were having a drink at the Neil Gaiman afterparty at the Sydney Opera House last Saturday night and he was talking>>> BIGGER namedrop >>> about seeing Will Eisner and Jim Steranko at the Opera House in 1985 when he was in Year 11, which makes Tim -GHASP!!!- a year younger than me!)

AS soon as the masterclass finished for the day, Jo Waite and I spirited (a-HA! See what I did there, Eisner fans?) Dylan away for a chat on yours and mine favouite comics radio show (and podcast) TheComicSpot. 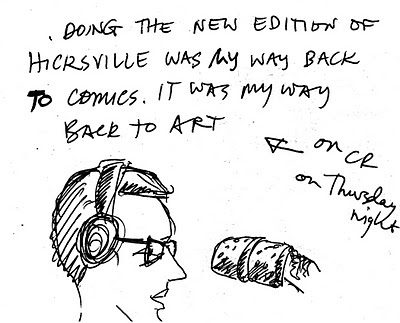 Then it was back into the city to meet the rest of the masterclass gang, and assorted other Melbourne comics folk, at, well really there was only one restaurant that could possibly have housed us all: 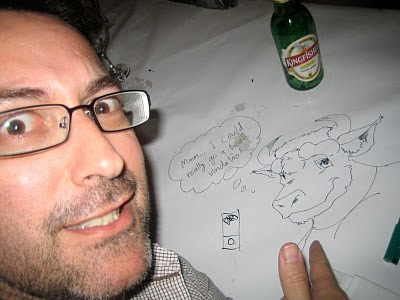 The aforementioned Tim McEwan, his stubbly chin, and a Kingfisher beer. And oh, what's that? A Trevor Bovis drawn onto the linen tablecloth designed to outrage not only the waiting staff but also the attending vegetarians? 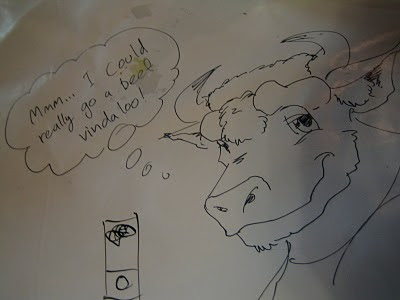 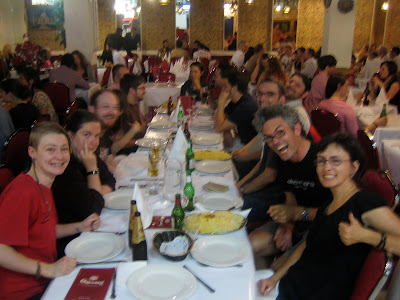 Next (or rather, In Some Time): I WILL get around to blogging Day Five, not my favourite day of the masterclass - Thursday or perhaps Wednesday were that - but the last day, and thus important.

In fact next will be a little GRAPHIC and then me on tour in country Victoria as long-dead Prussian naturalist, Wilhelm von Blandowski.
Posted by Bernard Caleo at 5:31 AM